"This year Brooklyn could point to another achievement, the Nostrand Theatre, built by the Century Circuit, Inc., from the plans of New York's famed John Eberson. Seating nearly 1,000 the theatre, as here shown, presents the modern theatre at its best, created within the walls of a massive, confidence-inspiring structure, a credit to architect Eberson, the Century Circuit and the Borough of Brooklyn." 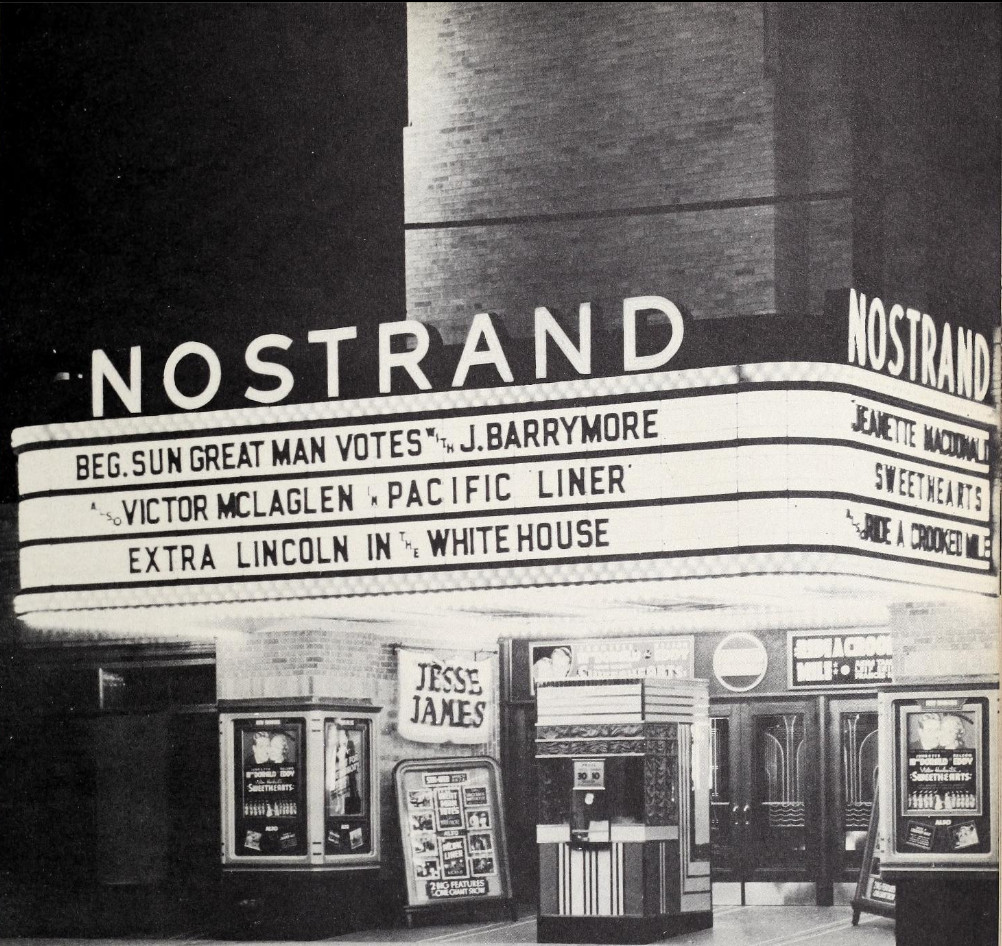 "The exterior at night is as brilliant as any downtown first-run theatre. Although there is nothing outstanding about the marquee, it still smacks of showmanship, with plenty of space to 'sell' attractions. The box office is done in structural glass and stainless steel." 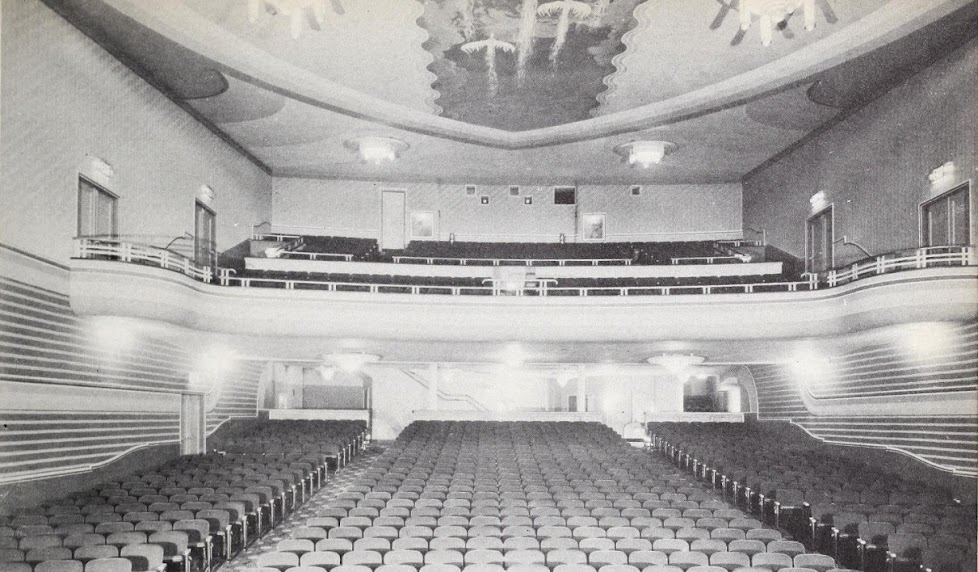 "The auditorium, looking toward the rear, allows one to obtain a better idea of the capable manner in which the design of the interior has been handled. Damask of two distinct designs has been used on the walls: the lower portion in  stripes, the upper portion in figures." 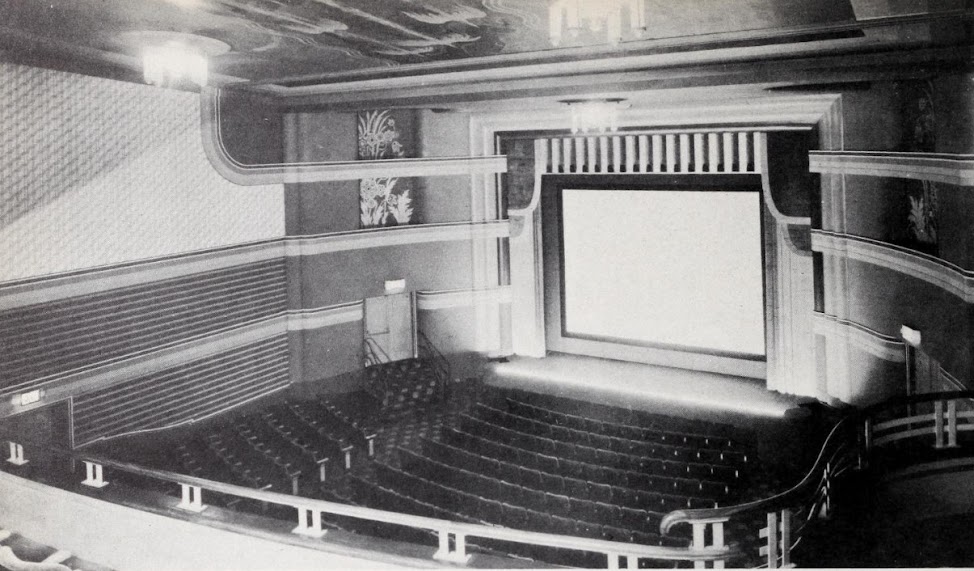 "The proscenium, as seen from the balcony, has been designed to aid the ocular comfort, with lines on the side walls directed towards it. The modern motif has been handled in a dignified manner, there by disposing of 'gingerbread' effects. An interesting note is the floral murals."

Lincoln in the White House