Opened February 10, 1939 with Mickey Rooney in Out West with the Hardys and Storm Over Bengal with Patric Knowles

Closed in 1984 and converted to retail use. 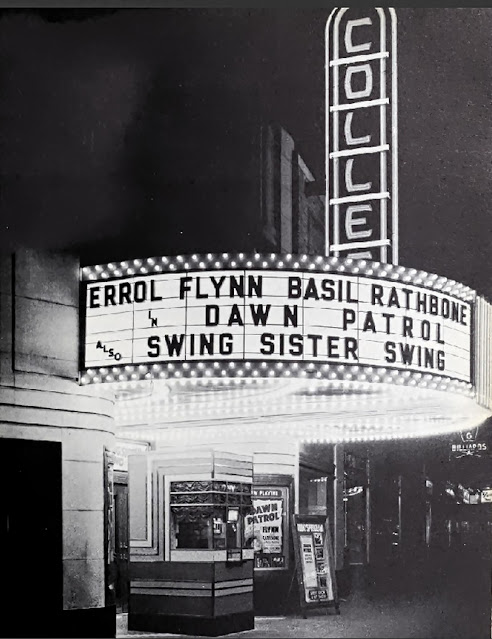 "The exterior at night is brilliantly illuminated by the modern signwork and marquee. White stone with a black stone base is the facade covering. Beneath the soffut, which is an intricate pattern of exposed incandescent lamps, is a gayly decorated boxoffice. Rectangular in shape. it is a unit in itself set apart from the rest of the building." 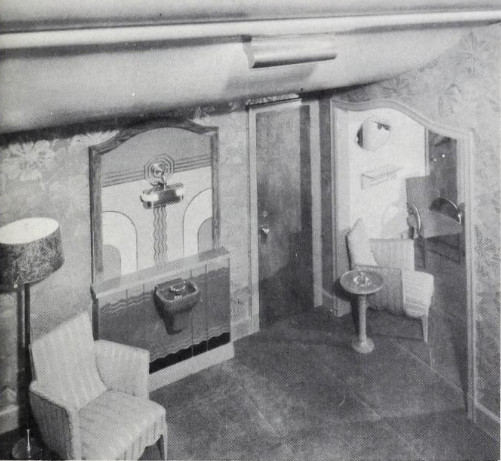 "The ladies lounge has been given a touch which definitely stamps it as feminine. Deep pile carpeting and modernistically designed furnishings contribute toward making this room most acceptable to the lady patron as the place to rest." 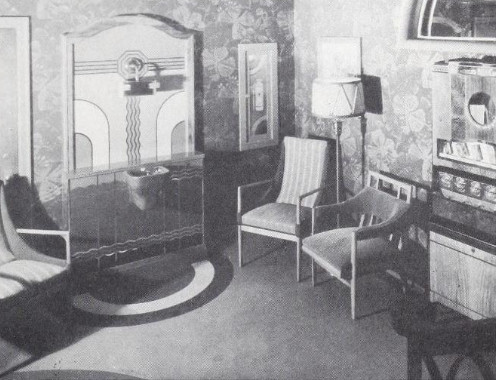 "The men's lounge has the same wall treatment as the ladies' retiring room, but the furnishings are more masculine. Here has been installed a candy vending machine over which is a large mirror giving an appearance of greater dept to the room." 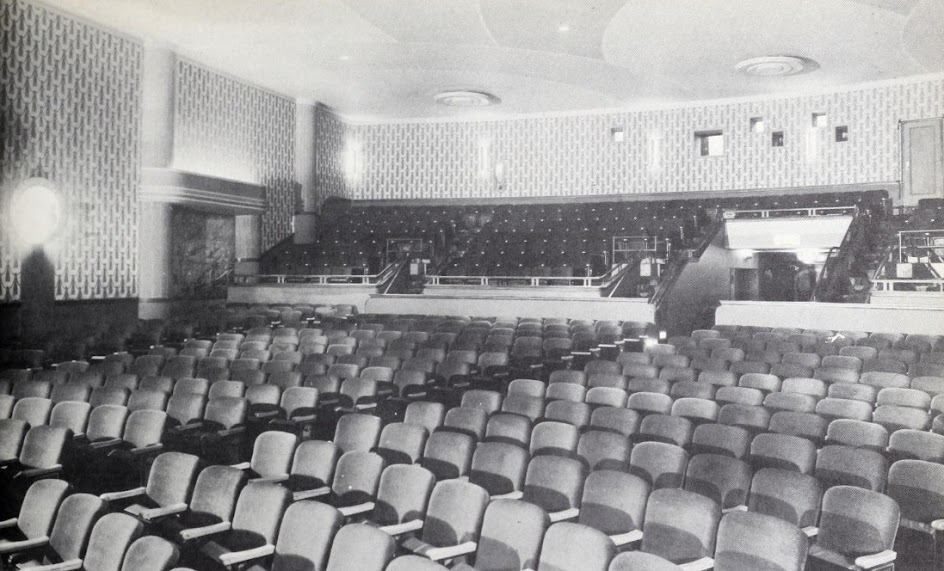 "The stadium balcony, in the background, allows for an additional number of seats without extending the auditorium area a great degree. Prominent here is the wall treatment. Damask, in colonial design over rock wool, has been used exclusively for decorative as well as acoustical perfection." 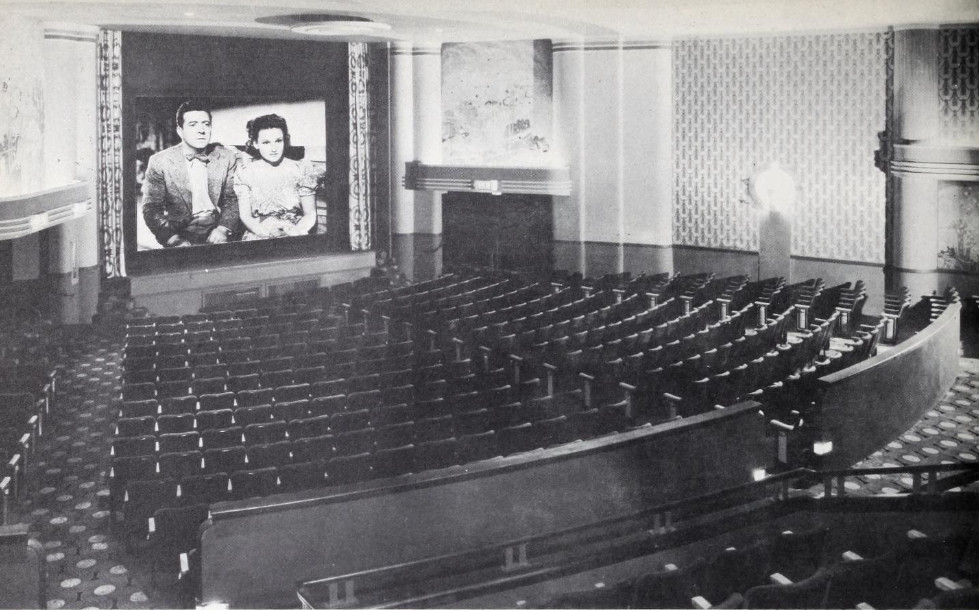 "The proscenium is at the apex of this triangular shaped auditorium. So as to have the side walls flow more gracefully into it the architect designed the walls in a series of steps, which give a columnar effect. Over the exit doors which flank the proscenium are large murals depicting a submarine theme. Indirect lighting illuminates them to good advantage."