Opening with: Dolores Del Rio “in person at every showing of her screen triumph Evangeline,” 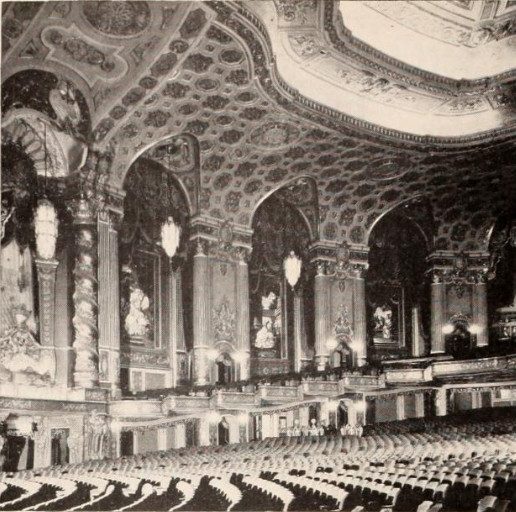 "Marking another significant advance of the major type motion picture playhouse into the neighborhood districts of large cities. This palatial cinema, with a seating capacity of 3, 900, styled in the period of the Italian baroque, is luxuriously equipped with every patron-convenience and apparatus for presentation of elaborate stage spectacles and sound motion pictures.--C. W. & Geo. L. Rapp, Architects" 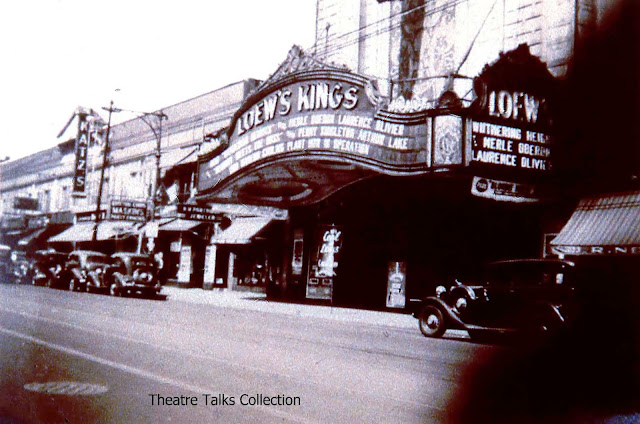 Snapshot, circa 1939, with what appears to be fingers

The Brooklyn Eagle, December 21, 1940:
“With only two more days to go, more than 4,000 orphans and underprivileged children in various Brooklyn institutions were looking forward to the huge Christmas party to be held for them Monday at Loew’s Kings Theatre.

“The party is sponsored annually by the Brooklyn Eagle in conjunction with Loew’s theaters. This year the children will see a special preview of the technicolor film, ‘The Thief of Bagdad,’ and also monster vaudeville show arranged by Seymour R. Mayer, district manager for Loew’s.” 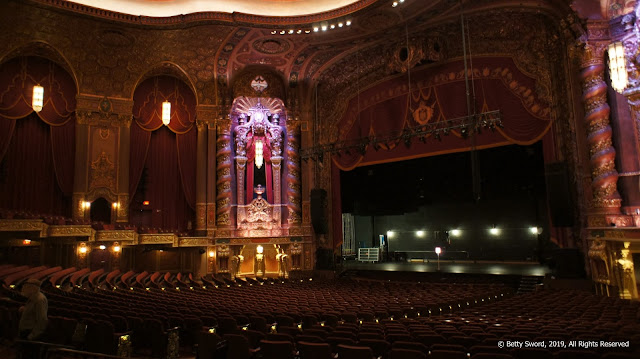 
Daily Mail, February 3, 1915:
“A once gilded Brooklyn movie palace that’s been crumbling for decades, with pigeons infesting its stage, is back-- again a glittering gem from the 1920s. Diana Ross headlines Tuesday’s opening night in the 3,200-seat Kings Theatre in the Flatbush neighborhood where a teenage Barbra Streisand spent afternoons enjoying double features.

“After a two-year, $95 million dollar renovation, every detail from its jazz age 1929 incarnation has come to life amid computerized sound and LED lighting. The theatre that first opened weeks before the Wall Street crash is now the largest in New York’s biggest borough.” 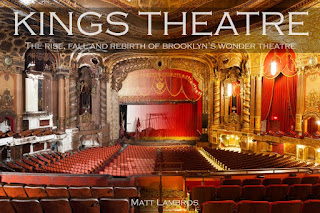