Putting the "Din" in "Dinty" at the Stadium in Brooklyn 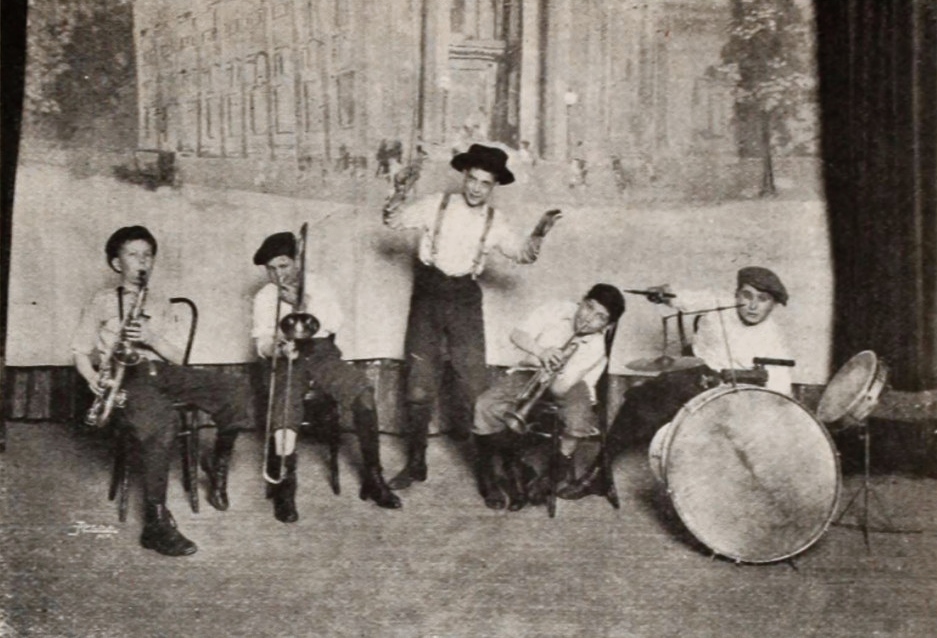 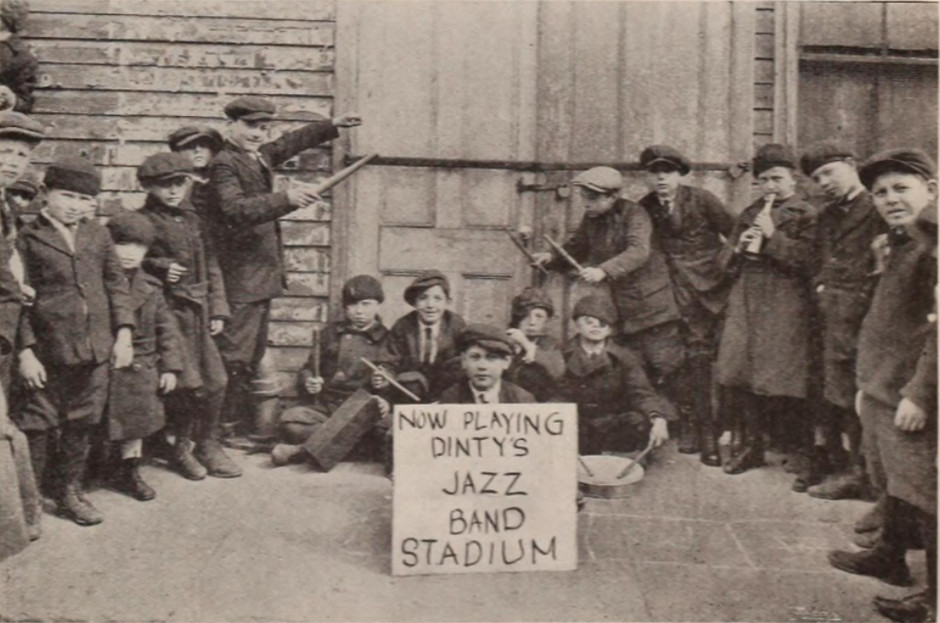 "Youths of the neighborhood heard the organization and organized an amateur jazz band in which tin pans and similar makeshifts served as instruments.

"Mr. Lesselbaum distributed candy to the amateur organization and donated a banner which made of it an exploitation unit extraordinary."