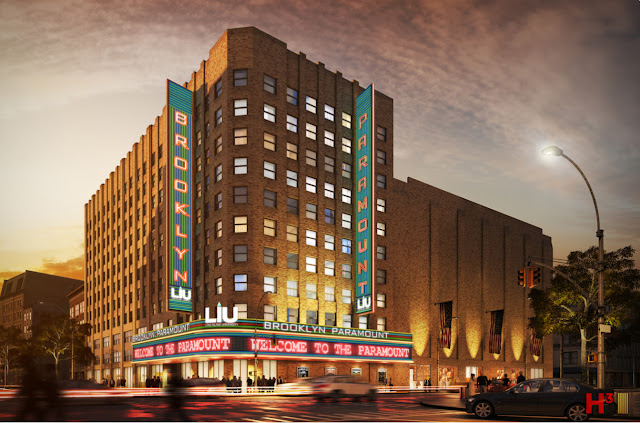 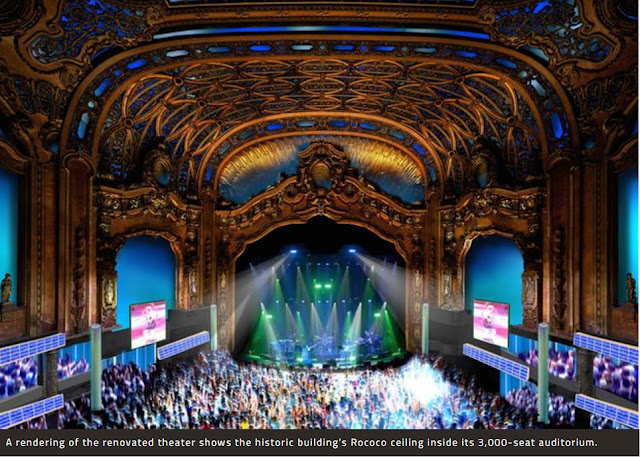 "Construction will begin this fall to restore a historic theater on the Long Island University's Brooklyn campus, developers of the project said this week.
The LIU Brooklyn Paramount Theatre, located at Flatbush and Dekalb avenues, will close for two years while the the renovation takes place, according to Brooklyn Sports & Entertainment, the group behind the Barclays Center, which will be overseeing the project."
continue---

On Fridays at 11 am, Cezar Del Valle conducts a walking tour of  the Downtown Brooklyn Cultural District for Local Expeditions, with 5 % benefiting the Theatre Historical Society.
Legendary theatre historian, Cezar Del Valle is celebrating twenty years of talks and walks. He is currently accepting bookings for historical societies, libraries , senior centers, etc.Del Valle has also joined with Local Expeditions to present a series of walking tours.He is the author of the Brooklyn Theatre Index, a three-volume history of borough theatres. The first two chosen 2010 OUTSTANDING BOOK OF THE YEAR by the Theatre Historical Society. Final volume published in September 2014.Currently editing and updating the third edition of the Brooklyn Theatre Index, Volume I.AboutMeGoodreadsMedotcom