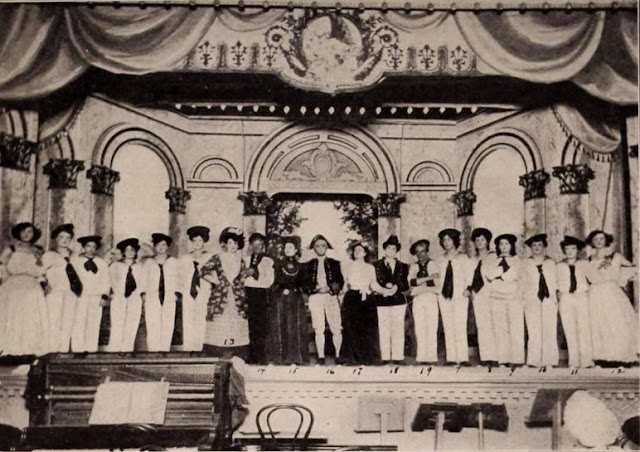 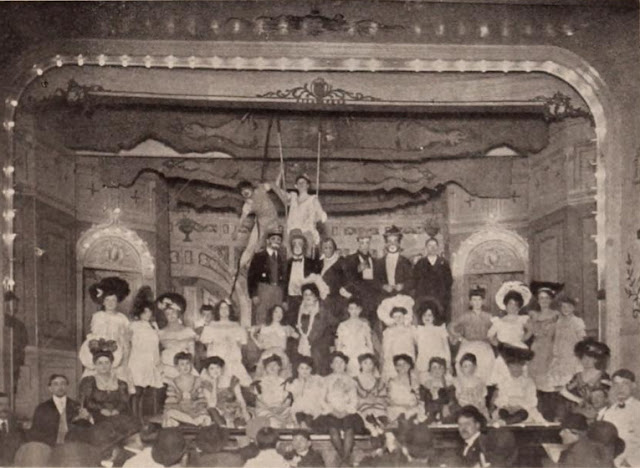 “In the old days the music halls of the Bowery ran early and late. The girls on stage at the rear could be seen from the street, but only their legs were visible.

A curtain drop shielded the rest of the body. If you wanted to see more you went inside at the earnest solicitation of a barker who would not permit a crowd to block the entrance.

If you wanted to see more of the Bowery girls and witness their performance you entered and took a seat to be waited on at a table by a waiter who wore an apron and whose arms were bare. He was a busy fellow working on commission, and if you did not buy his beer fast enough to suit him, he did not hesitate to tell you some persons were waiting to take your seat.

“The show in these places would not satisfy today, but it was the real thing then. There were other places of entertainment outside these girl shows. Motion pictures then a little crude were shown, and Stauch’s dance hall had one of the largest floors in the country, where music was supplied by two bands.”

Legendary theatre historian, Cezar Del Valle is celebrating 20 years of theatre talks and walks, 1996-2016. Currently accepting bookings for historical societies, libraries , senior centers, etc.  Details of independent walks will be published this fall.
Del Valle is the author of the Brooklyn Theatre Index, a three-volume history of borough theatres. The first two chosen 2010 OUTSTANDING BOOK OF THE YEAR by the Theatre Historical Society. Final volume published in September 2014.
Currently editing and updating the third edition of the Brooklyn Theatre Index, Volume I.
Selling  on Etsy and Amazon

Posted by Cezar Del Valle at 10:09 AM No comments: