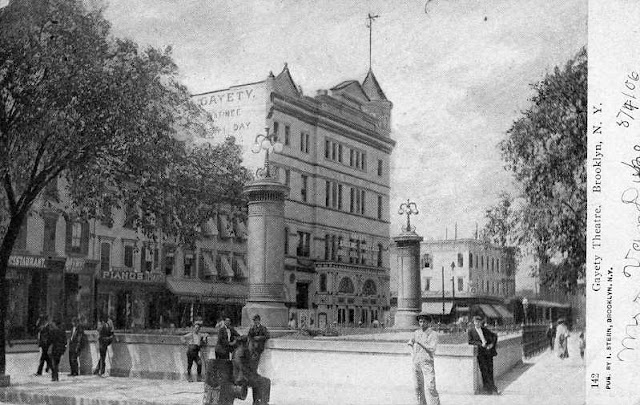 Variety, December 20, 1918:
"The Broadway line of the Brooklyn Rapid Transit Company is becoming known as  the 'theatre road' by the army of agents and professionals who use it. The line taps at least 13 houses, not counting picture theatres.

"The Broadway line starts as a subway train at Chambers street, connection from Times square being made at Canal street via the Broadway subway. After leaving Manhattan it becomes an 'L' train." 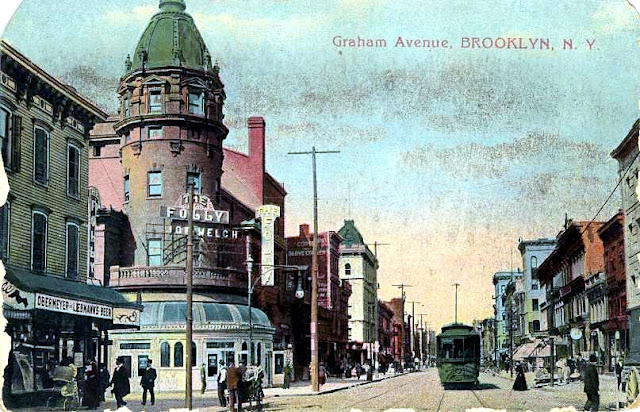 Legendary theatre historian, Cezar Del Valle is celebrating 20 years of theatre talks and walks, 1996-2016. Currently accepting bookings for historical societies, libraries , senior centers, etc.  Details of independent walks will be published this fall.
Del Valle is the author of the Brooklyn Theatre Index, a three-volume history of borough theatres. The first two chosen 2010 OUTSTANDING BOOK OF THE YEAR by the Theatre Historical Society. Final volume published in September 2014.
Currently editing and updating the third edition of the Brooklyn Theatre Index, Volume I.
Selling  on Etsy and Amazon
Posted by Cezar Del Valle at 12:16 PM