Baby Peggy in person at the Loew's Oriental

While other actors survive from that era, they were not stars like Baby Peggy. She signed a 1.5 million a year contract at Universal in 1923.

Two years later, her father's quarrel with producer Sol Lesser over salary brought her film career to an end.

She was enjoying success on the vaudeville stage when making this "personal appearance" at the Loew's Oriental, 1832 86th Street, Brooklyn. 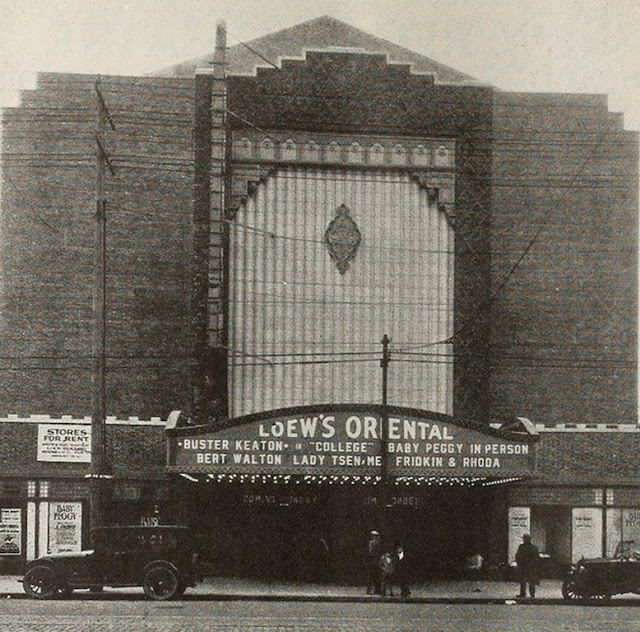 Now selling on Etsy and Amazon
Posted by Cezar Del Valle at 11:15 AM