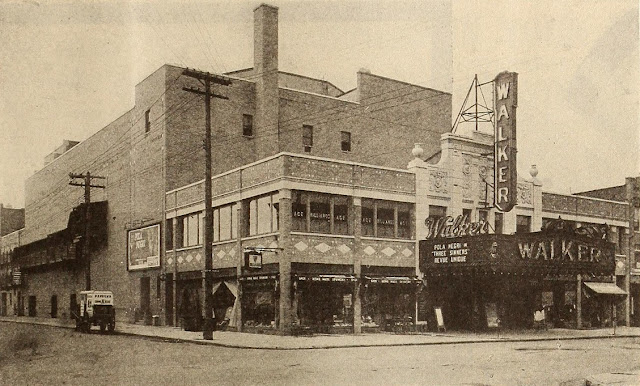 Excerpts from the New York Times, March 30, 1988:
“With one final C chord on its mighty Wurlitzer, the Walker Theater in Brooklyn ended a 60-year run yesterday, distinguished as one of the most enduring neighborhood movie palaces in New York and one of the city’s most briefly lived landmarks.

“The last pictures were shown at the theater in the Bensonhurst area earlier this month. Now, demolition crews are at work on the interior—a fanciful blend of French Renaissance, classical Greek, Roman and Italian styles—preparing the building for conversion to discount clothing stores.”

“In September 1984, landmark status was given to the Walker by the City Landmarks Preservation Commission, which said that the building has ‘that essential quality of transporting the audience to a special place far away from ordinary surroundings,’ the surroundings in this case being 18th Avenue between 64th and 65th streets.

“Four months later, the designation was overturned by the Board of Estimate at the urging of Borough President Howard Golden of Brooklyn.”

Now selling on Etsy and Amazon